The Fireplace, Part I

It's time to start working on the fireplace mantel again.  I won't tell you how long it's been, but it rhymes with "tree deers".  Here's where we stand. 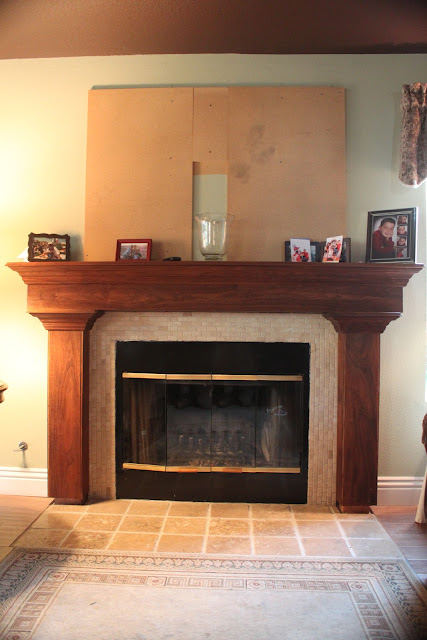 Except for the actual fireplace, all the tile and woodwork I did myself.  The wood is black walnut.  You're probably asking, "what the hell is going on with the top?"  Well, I'll tell you.

We don't plan on mounting a television above the fireplace.  BUT, never is a mighty long time, so who knows what will be going on years from now.  The top is for television mounting.  It will be covered (we'll get to the plan in a minute), so what you're seeing now will be hidden.  A television can be mounted in the middle, a hole cut in the panel that will be in place and the wires dropped down the open section in the middle right down into the current top of the mantel.﻿ 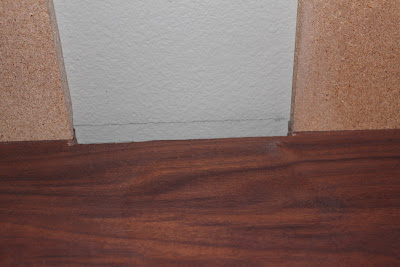 There is a one inch gap there, although it's a little tough to make out, that wires can fall into.﻿ 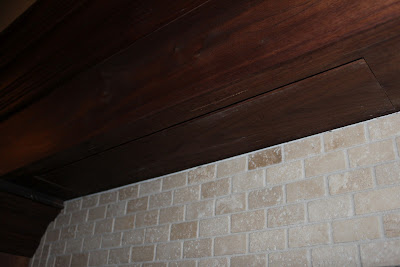 In the mantel piece above the fireplace, I've placed a panel to allow access into that area.  Below is with the panel removed.﻿ 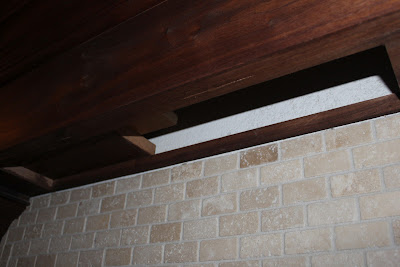 The wires can then be dropped down the pillar on the left side and come out along the outside where a cabinet could be placed housing all of the television accoutrements. 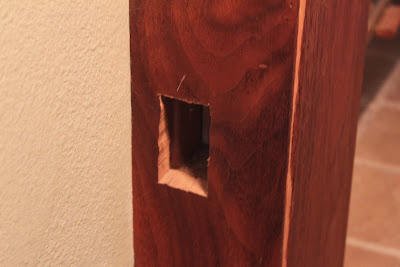 That's where we're at so far.  Next up is going to be the upper mantel.  It's going to look like a smaller version of the bottom section and will go all the way to the ceiling.  Below is my high tech, super CAD drawing.  Yes, Virginia, pencil and paper still do exist. 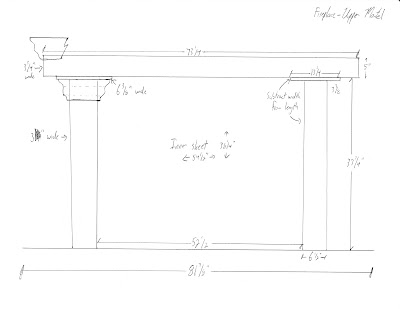 I'm still a little concerned about the proportions.  As such, I decided to transfer the dimensions for the upper pillars to a piece of plywood.  That's below, although a little tough to see.  I never said I was a photographer. 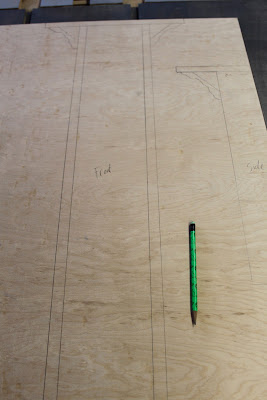 I'm going to cut this out and put it up on the mantel to see if it looks alright.  One thing I don't want is for the top to appear heavier then the bottom.  I'm sure there's some math I could bust out in order to accomplish this, but I'm a simple guy and holding a piece up should suffice.

This template will also serve as a building diagram.  Plywood is cheap.  Walnut is expensive.  This way I can cut the pieces and fit them directly to the template.  No measuring.  Less fractions.  The world is a better place that way.