I Found My Thrill...On Blueberry Hill

Ok, so I don't have a hill so much as a patch of dirt, but you get the drift.  We have been moving forward at a tortoise-pace; however, if you remember that bastard won. 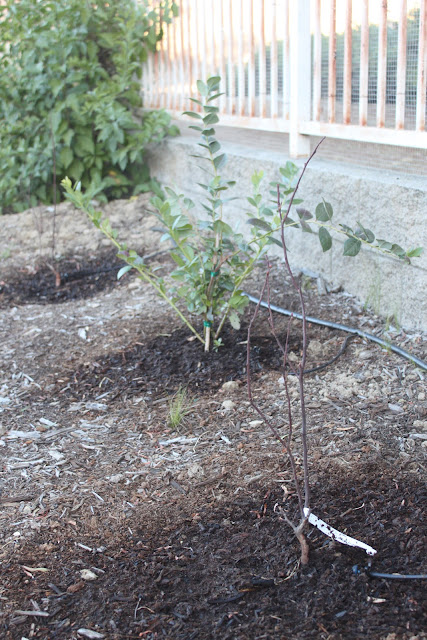 We planted some blueberries a couple of week's ago.  It's ok that I didn't take pictures and post back then, because they look exactly the same!  We got them two weeks ago last Friday bare root and put them in the ground Saturday afternoon.  Since then?  Bubkus.

We planted two varieties, as I found out AFTER buying the first ("Misty") that they need a companion plant for cross pollinating.  Dear Big Box Store that is something good to put on the sign to sell blueberries!  Because, then I would have bought two.  Instead, I mail ordered the other variety ("Nelson").  Those would be the sticks.

I also read that blueberries like a slightly acidic soil (pH between 4.09 and 5.0).  Now, I have no idea what the acidity of my soil is.  So, I dug out three holes two feet in diameter and a foot or so deep.  I then filled the holes with 50% peat moss and 50% garden soil.  The guy at the nursery, who admitted he never planted a blueberry in his life, said that would work.  And, he must know.  He had a name tag for crying out loud.

Lastly, I understand blueberries need a winter window of six weeks with 36F or less.  Yea, I live in Southern California so that's not happening.  We'll see if they survive without that. 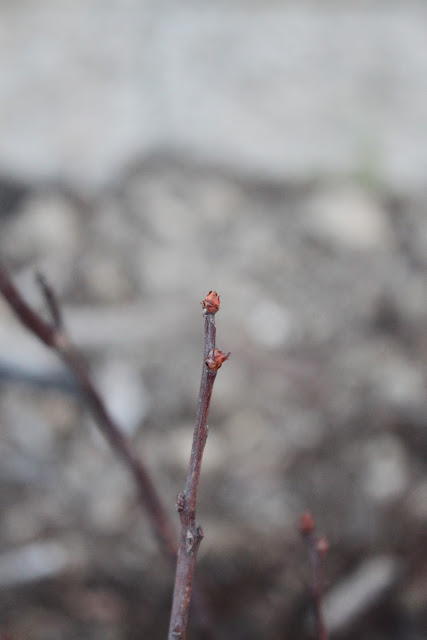 I'm sure hoping those are buds.  I'm not sure at what point I say these things are deader then a door nail.  I'll give them two more weeks.

...on behalf of my countrymen, please accept our deepest apologies.

Apparently, McDonald's is the only vendor allowed to sell brand name (whatever the hell that means) "food" at the Olympics.  This monstrosity seats 1,500.  Welcome to fat city.
Posted by Turling at 11:33 AM No comments:

DO NOT stand downhill while applying fish emulsion to your plants from a 5 gallon bucket while barefoot.  You will sleep on the couch.  Write that down.
Posted by Turling at 7:17 PM 5 comments: