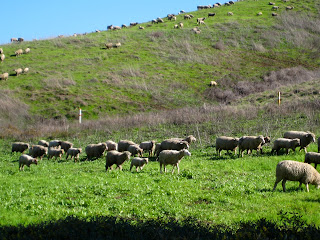 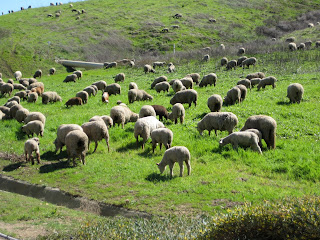 At least that's what the City calls it.  I must applaud the City's methods of keeping the green belt behind our house under control.  They have the opportunity to use various herbicides, but don't.

Here in Southern California wildfires are always a threat.  In our four years in this home, we have had one behind our house on this hill.  By the way, this picture was taken from the back fence.  I have not mentioned it up to this point, but we purchased this home from my in-laws.  I highly recommend this practice in California for property tax reasons.  I digress, though, as my in-laws have informed me that wildfires on this particular hill seem to happen every few years.  The closest coming within 20 yards of the property.  We get sheep during the winter months, as I believe they eat only the greenery.  During the summer when the hill is brown, we get goats, who eat anything whether edible or not.  The Gas Company will bulldoze this area to make access to the natural gas pipe (visible in the picture to the right) and that does clear approximately 30 yards of open space from the back fence.  I must say, the sound of sheep during the day while enjoying the backyard is a welcome change.  Much better than a bulldozer.
Posted by Turling at 7:39 PM 1 comment: 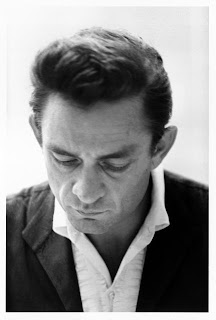 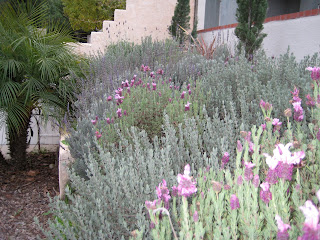 The lavender plant (Lavandula angustifolia) has been in documented use for 2,500 years with the Egyptians using it as part of the mummification process along with other essential herbs and oils, as well as perfuming.

The plant originates from the Mediterranean where it grows wild and sees many of its uses within the countries surrounding that body of water. The Greeks, Romans and Arabs all used lavender in oils and baths. The word lavender is derived from the Latin “lavo”, meaning “to wash”.

In the 1600’s, the plant made its way to America, where it has been a part of kitchen gardens ever since.

The have been part of our yard for an entire year! Not quite the same history, but a full set of seasons nonetheless. We currently have two types of lavender on this small little slope on the side of the property, Spanish (lavendula stoechas) and French (lavendula dentate). Both are doing quite well in this bed that gets full sun after it clears the house in the early morning. We have drip irrigation in this area, as we are also going to be doing in the rest of the yard. The one difference here is that my neighbor bordering this side of the yard enjoys watering not only his yard on a daily basis, but this section of ours, as well. It doesn’t seem to have affected the lavender in any ill ways, though.  The same cannot be said for the Phormium 'Pink Panther' that can just be made out in the upper right of the above photo.  Its partner in crime a few feet away became one with the mulch pile only a couple of months after planting.  The survivor will be seeing another part of the yard, shortly.  That's its original size from a year ago.  Not happy.

Our lavender will be due a haircut soon as we fast approach spring. We may be due a late frost which is not out of the question in our area, so I’m going to hold off on the trim for a little while longer. In the meantime, the lavender has graciously provided us with some mid-winter blooms.
Posted by Turling at 8:44 PM 1 comment:

Email ThisBlogThis!Share to TwitterShare to FacebookShare to Pinterest
Labels: garden

Welcome! Here will be the musings, trials, failures, triumphs (hopefully outweighing the failures), anecdotes and various writings about my families’ journey of turning our humble abode into a homestead. We hope you will come along for the ride and offer suggestions, criticisms or general comments along the way.

We live on a lot of 8,500 square feet in Southern California. That’s a fairly good size by California standards. At this point, the landscape is a blank slate. We’ve planted a couple of items to this point, but nothing substantial. We want to create areas to grow food, entertain, work, play and live. We’ll be sharing plans, building the gardens and the finished products.

We should have full disclosure in that neither I nor my wife are trained landscape professionals. We are two people who like to get our hands dirty and would like to pass on to our two children something other then television and video games. As we embark, there will be many mistakes along the way and, hopefully, a lesson or two to be learned from them.
Posted by Turling at 6:00 PM 3 comments: