It has been a long week.  Between marble filled children, football and the a-holes at the Securities and Exchange Commission, there has been precious little gardening time.  Never fear, with the elimination of the US this morning, I am now down to one team to root for.  Come on, England!!!!  I do want it noted that a Tottenham striker, not that useless United striker, propelled England out of the group.  I'm just saying...

Anyway, back to the task at hand.  Picked up a few plants this afternoon, since I had run out of booze at noon, which surprisingly opens up one's day.  We picked up a couple of daylillies to go in the front yard. 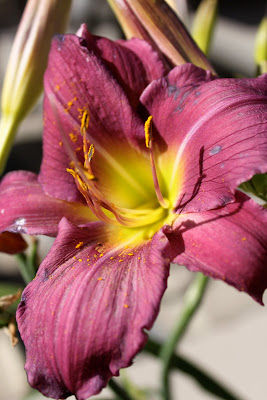 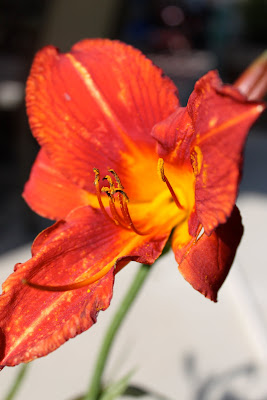 Hemerocallis Velvet Red
The flowers are from the end of the day, but they still don't look too bad.  We'll be getting them in the ground tomorrow, along with some of the other items we picked up.  After England and Germany, of course.
Posted by Turling at 6:37 PM